The Last of Us Wiki

What's on your mind?

I finished the Last of Us 2, and I’m neither satisfied or disappointed, the game definitely doesn’t deserve all the hate it gets. It’s a son of a bitch what the end and story gives you but really, it’s bad but it feels real, and that’s the part that hurts. This and the first one definitely are one of my favorites.

I just bought The Last of Us 2 and I’m at the 4 year time skip, can’t wait to play as Joel and Ellie.

I finished The Last of Us for the first time, and it was a great experience, I’m planning on getting the second game, can’t wait to play as Joel more.

Hey, I just started playing the Last of Us and so far I’ve gotten to the snow part with Ellie.

In what is surely one of the most polarising endings in video game history, the moral ramifications of Joel's final decision make us question everything we thought we knew about the Fireflies. Opposing the military some time after the outbreak, the Fireflies were once believed by Joel, Tess and Ellie to be the best chance at curing the infection. Perhaps more respected and organised than the military, the hopes of humanity rested with the Fireflies, and when Ellie is discovered to be immune from the virus, the wheels are set in motion for the reverse-engineering of a vaccine. To develop such medication would come at a price. Ellie stood no chance at surviving the operation, and the player is left pondering the immense cost of restoring the world to normality. Ultimately, Joel's selfish actions and love for Ellie clouds his sense of rationality as he proceeds to kill with little remorse when faced with Ellie's dismal survival odds. The needs of the many outweigh the needs of the few, and the Fireflies' motivations rested entirely on the revival of humanity. It's a shame, then, that it was Ellie who was immune, because there was no way Joel would give her up.

TL:DR: I still somewhat dislike TLoU Part II's, but I have come to appreciate what the game's narrative does well, and I have start to come to terms with the work as a whole, and appreciate it for what it is, not what I wanted it to be.

With the announcement of TLoU Part I Remake, I have really gotten back into the series in the past few days, particularly in the their narratives.

To start off, Part I's story has always been, and will always be a masterpiece, and one of the best ever told in a game, in my opinion, at least.

When Part II originally came out, I, along with seemingly 78% of rest of the internet, despised the game with my entire heart, soul, mind, and strength.

I can't say that I love the game now, in fact, I still dislike it, however, I have sort of come to appreciate parts of the game for what they are, rather than what I wanted them to be, and still wish they were.

I am still really mad about the fate which was enacted on Joel, and I feel like it could have been executed far better on the writer's end. While I have stopped using the "Joel's actions were uncharacteristic of his character" argument, I still feel like his death could have been written in such a way that neither the fans, nor the character, felt so disrespected by the game. On top of that, forcing the player to play as the person who brutally murdered Joel, and then later having to try and kill Ellie as well, still seems completely inexcusable to me both from a gameplay and narrative perspective. And, just a minor nitpick, I do still feel like a lot of the stuff about LGBT+, and "oh look there's someone who doesn't exactly love the fact that this character is part of that group, they are automatically a terrible person, (never mind that that in one case, the person apologized and tried to make up for their actions,)" was a little bit overdone and unnecessary, but that's not a huge deal.

Now, I know this just seems like a post complaining about the game, "I thought we stopped arguing about this game almost two years ago!" And, no, like I said, I have started to see the game's story from more of a complete perspective than before, and I have come to appreciate what the game did do well. Particularly, the flashback scenes with Ellie and Joel were outstanding. I (and probably many other people as well,) were hoping that the bulk of Part II's story would focus on Joel and Ellie's growing relationship. Although this was not the case, the few scenes like this that we did get were awesome, I only wish there were more scenes like that.

Most importantly, however, the ending, looking back at it, was basically perfect. I have always said that the most important part of any story is the very, very end, because this is what will stick with you for the longest time after the story is over, and will shape, in large part, how you remember the work as a whole. This means not only the entire last scene, but specifically the last 30 seconds or so. In the last scene, of course, we get to see how Ellie has lost literally everything; everyone she loved, and even part of her physical body. In this, specifically, we can see that she has lost what little connection she had left with Joel, as now she can no longer play the guitar. If you remember, in the first game, Ellie tells Sam that her biggest fear in life is ending up alone. And, at the end of Part II, that is exactly what happens, all because she couldn't say, "enough is enough." Poetic, really.

And then, we see the final flashback with Joel, in which we fully see his parental, unconditional, love for Ellie, where he says how Dina would be lucky to have her, and that he still stands by his decision to save her in the hospital, even if she didn't want him to. At the end of their final interaction, Joel has laid out all of his cards on the table, and it is all up to Ellie if she will forgive him, and move on. When the flashback ends, Ellie is faced with this same decision, as she realizes that her biggest fear has come true, all because she couldn't move on. Then, in the last 30 seconds of the game, (the very most important part, like I said,) she finally decides that enough is enough, sets down the guitar, and leaves the house, finally moving on from her hatred and anger.

This ending, like I said, is what I will remember the game as, and if that is the case, I'm happy. Just like Ellie, I and many other people who were angered by this game, need to just say, "enough is enough, it's time to move on."

That being said, if the rumors that I have heard about "The Last of Us Part II: Director's Cut" end up being true, I really hope that they reorganize things slightly, or perhaps add some extra scenes or context bits, as I feel like that could definitely fix many of my remaining issues with the game.

Anyways, sorry for the long post, I just really wanted to share my thoughts on how my opinion of TLoU Part II has changed. If you made it this far, thank you for reading. I would love to hear your thoughts as well.

I'm combining two announcements into one in this post!

First off, Fandom is celebrating Pride Month! Like previous themed months, we're holding roundtable discussions in the official Fandom Discord server; the video game Pride Month roundtable will be on Wednesday, June 15 at 12 PM Eastern. Check out our promotional blog for more information! This year's Pride Month theme is "Love Will Keep Us Together". For The Last of Us, we're promoting both Ellie, Dina, and Lev!

Secondly, The Last of Us Part I was officially announced today at the Summer Game Fest (though it was leaked earlier). It's a PS5 and PC remake of the original The Last of Us, featuring improved graphics, gameplay, and more. As we get more information, you'll find it at our article for the game!

(edited by SlyCooperFan1)
Ellie WilliamsDinaLevThe Last of Us Part I

Throughout the month of May, we have been taking the time to celebrate the AAPI community and their significant contributions to American culture—science, sports, activism and entertainment, to name a few.

We have had similar celebration events in the past, but in case this is your first time hearing of this, what we do at Fandom is highlight a number of TV shows, movies, video games, comics, artists, and some of the characters featured in these. There are community roundtables you're welcome to join, and some extra surprises, such as trivia quizzes to participate in.

You can read up on the blog post introducing the event to find out more about the celebration. And if you wish to join, make sure to enter the Fandom Discord server for news and updates on the fun initiatives that are happening!

The characters Lev, Yara, and Jesse from The Last of Us Part II are all featured as part of this celebration! Logged-out readers may see a new quiz on their respective pages to test their knowledge on the characters, based on the contents of the articles!

Test your knowledge on Jesse from The Last of Us!trivia.fandom.com

Test your knowledge on Yara from The Last of Us!trivia.fandom.com

Test your knowledge on Lev from The Last of Us!trivia.fandom.com

This week, we are hosting a roundtable session on AAPI video games, which is an opportunity to share your thoughts on Lev, Yara, and Jesse, as well as other video game characters from the AAPI community!

The roundtable is really simple - you just need to join Fandom's Discord server, and start chatting as much or as little as you want in our #aapi-roundtable channel once it's time for it.

The video game roundtable is happening on May 25, at 9AM PST / 6PM CET - feel free to use the event link and set up a reminder if you'd like!

Theory: Ellie might have spared Abby, but not much later, after reaching the fireflies, Abby was severely weakened by and than died from her injuries whilst in Lev's arms.

With her last few breaths, she tells Lev that everyone she knew and loved died because of her own selfishness and that killing Joel and fighting Ellie and her friends did her no real good and that she herself is nothing but a monster who's eternal suffering and misery was all her own doing.

That it was thanks to Lev and Tara that she finally re-discovered what it's like to love another and be human and that Lev should forget about her and everyone else he ever knew before as he should not follow the path of hate and vengeance as she did.

Right before dying, she makes him promise not to be a monster like her or Ellie, that he'll be strong at heart.

Can non-canon infected be made and posted? just wanted to make a new mutation

To the wife of Joel (before the Cordyceps pandemic) and the mother of the tragically deceased Sarah? 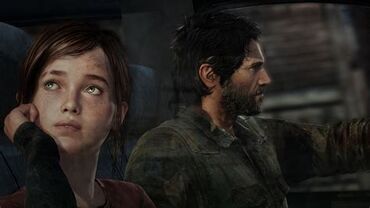 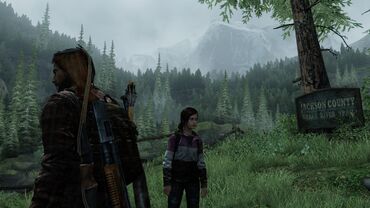 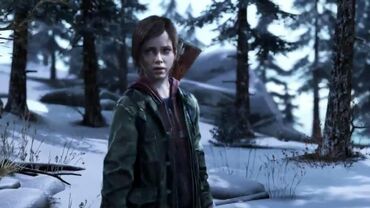 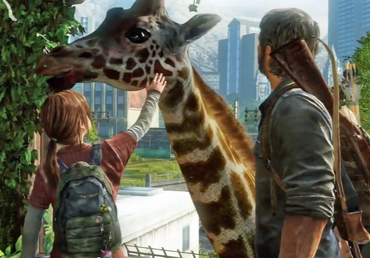 Help us grow The Last of Us Wiki