The Last of Us Wiki
Start a Wiki 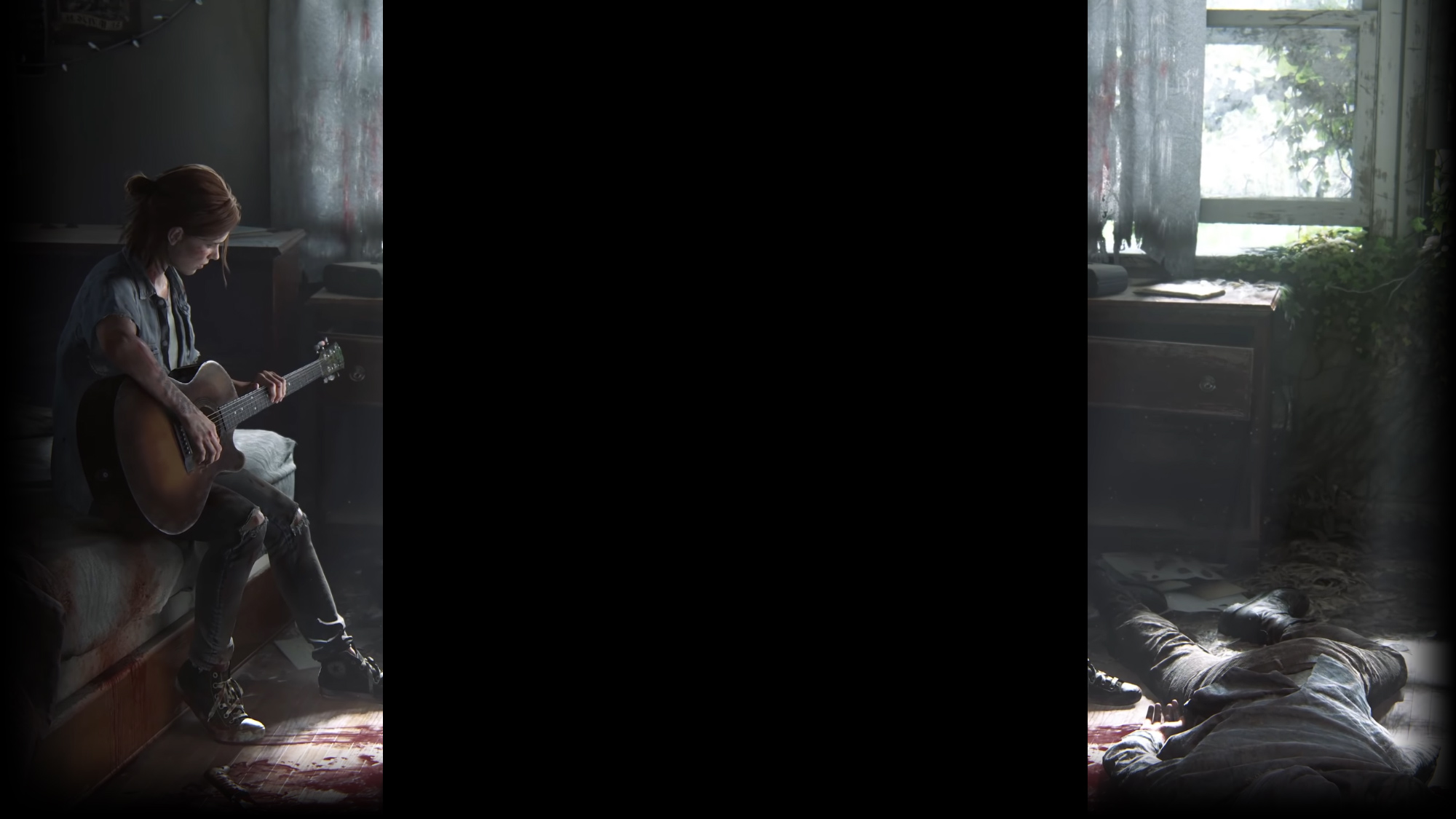 I thought I'd open up a topic for you all to discuss your thoughts on the topic.

I, personally, initially was more inclined to agree with the "the world is too f-ed up now, a vaccine would'nt help" camp. However, after playing through again, I came to realize that, uh, Tess and Sam and (Riley) would have TOTALLY appreciated a vaccine, guys. Imagine how differently the game would have gone if Tess and Sam had lived, as they would have if they had access to a vaccine (they both died of minor wounds that became infected.) I mean, yeah, a vaccine wouldn't be some magical panacea that would bring everything back to normal, but to be SO SURE that it wouldn't help AT ALL is a bit of a stretch (and something we can't be sure of anyway.) Just because you can't solve all problems at once doesn't mean it's not worth it, you know? A vaccine would also at least quell the infected from adding others to their ranks. Quarantine zones could be less strict without the risk of people becoming infected, they would just have to guard the place properly. What makes life suck so much in the QZ's is because even one spore getting in can wipe out the whole place, so people have very little freedom for fear of them coming back infected (that's the whole point of "quarantine".)

Overall, I think the whole "a vaccine wouldn't make a difference," argument is just trying to justify what Joel, and by extension we, did in the hospital. It's really tempting to want to feel like you "did the right thing," but the game makes it clear time and time again that Joel is no hero. I don't think the game is really asking us to feel that what Joel did was just, but to accept it.

(edited by administrators)
EllieFirefliesCordyceps Brain InfectionGiraffes
0
Riley Heligo wrote:
I'm not sure I'd judge ND's knowledge on it, they're the kinda people who'd research the hell outta something, Fireflies on the other hand I'd be willing to believe they know jack shit about vaccines.

Yeah, the Fireflies seemed more desperate than anything. The one scientist did mention that they hadn't had any success since a passive vaccine trial a few years before the UEC campus was evacuated.

One thing that strikes me is that it's pretty clear that the Fireflies' tame scientits didn't even know why Ellie was immune. They had hit a dead end and, literally, cutting her into bite-sized chunks was the last option they had left to figure out what was going on.

I doubt a vaccine would have changed things though, the world is different and too much has happened.

(edited by A Fandom user)
0

I know this thread is probably long dead, but as with any great story, this one has stuck with me ever since completing the game one day after release and so many many times after that (at least once a year :P) and the opportunity to discuss it and the morality of what happened during and at the end of Joel & Ellie's journey is always a pleasure.

Now I'll get to the vaccine debate soon but first I'd like to say a few things. The QZs are controlled by the military, while the Fireflies are all for reestablishing a government run by the people, or at least by someone else than the military. I'm not saying the military is right in any way but they have managed to establish some stable zones throughout America where survivors can live in relative safety. Yes, the measures they have put in place are extreme and harsh, but in a place where one infected person could mean disaster I can kinda understand their logic.

Now the Fireflies, the light in the dark and all round "good guys". The first we hear of them is in the transmission after the initial outbreak where Joel loses Sarah. The very next time we encounter them is when Joel and Tess are about to pass through the checkpoint and the next moment what seems to be a supply truck is blown to Kingdom come. Now I get that the Fireflies are trying to liberate the people, but they're doing it by stirring up the people and destabilizing the QZs. I feel like they could have gone about it in some more civil ways. They clearly had a base of power and instead of consolidating and establishing a place of freedom and pulling people into that place of safety they were trying to bring this liberty into the QZs. Why did they not try to work together with the military? At no point do we see the military outside the safe zones hunting them down. The only time we see conflict between them is when they infiltrate the QZ and blow shit up.

I see them as two political parties vying for control. I feel that after the military had been ousted the Fireflies would never have given up the control they would have had over the people, thus replacing one dictator for another. Given they may have been more lenient than the military and humanity may actually have moved forward again, but I feel this was all about control. They wanted things their way but they were losing the war, a war where they seemed to have been the aggressors. They could have worked together with colonies like Tommy's, they had other options.

Now to the vaccine. Marlene's dream of a government was dying and to me it feels that Ellie was her last hope of establishing a way of control over the people. She so desperately wanted that means of control over the populace that she was willing to give up her "second daughter". I feel that the Fireflies treated everyone almost exactly like the army. Like tools. Their agenda came before everything else. They used their own people, they used Joel and Tess and were planning on using Ellie. There are no good guys in this story. The closest we got to good guys were Tommy and the people trying to rebuild in their colony.

I feel Joel did a good thing, maybe not the right thing, but a good thing. The Fireflies were using Ellie. Marlene's obsession went so far that she was willing to cut Ellie open and kill her without waiting for her to wake and tell her the full story. She was so selfish that she would rather cut her throat in her sleep than face her responsibility to Ellie and fess up and leave the decision to her. On that note,have they never heard of a fucking biopsy? I mean if you have the tools and knowledge to work on a vaccine surely you have someone who has an idea of what a biopsy is. Anyway, we know it's a plot device so let's not focus on that ;P

In conclusion, I think the vaccine was a last gasp effort for the people in charge of the Fireflies to seize power. As far as I am concerned the military and Fireflies can just go screw themselves.

(edited by A Fandom user)
0

(edited by A Fandom user)
1
They probably tried it but most fungicides are pretty good at killing humans too when concentrated inside the body and we're talking about something the natural habitat of which is ''inside'' the human body.
(edited by BenRG)
0

I believe the majority in the "vaccine wouldn't work" camp are trying to justify Joel's actions. The fact of the matter is that Joel did something terrible, and there is no justification for his actions. He chose to let thousands more die just for his surrogate daughter. But if the fireflies got the vaccine, they would administer it to those who supported their cause only, leaving the rest of the world to turn or die. An without access to airplanes or boats, they wouldn't be able to spread a vaccine to the rest of the world, not to mention having no resources to mass produce it. Truly, this is a loose-loose scenario. Joel simply chose the greater of two evils

(edited by ZanarNaryon)
1
This thread has has seen more necros than the average Diablo II Battle.net server. Can we agree to close this thread so we can move on from people saying the same thing over and over again? All sides have laid out their arguments so many times now.
(edited by Brainwasher5)
0

Not sure if this has been messaged in the thread or not. Cordyceps is a fungus, and fungi normally have around 36 000 known genders. What if the varient of cordyceps that created the infection was not just one but several thousands of genders? Would that have made a single difference in how effective a vaccine would be?

I don't think one dose would help all of humanity. Plus, even while being immune you can be torn apart but infected. There's always going to be people trying to kill you once the world has fallen apart, its not like they'd hold hands and live peacefully. Also, Joel thought of Ellie as a daughter. I would have saved her too, I'm sure any loving mother or father would. I'm not a mother my self, but while playing Ellie became like an older sister to me, someone I could look up to because of how strong she was. And at the same time I sort of felt like her mother. Just my thoughts though. I really am glad that Joel saved Ellie, I wouldn't have wanted her to die. If anything, I'd want them to die together and be happy.

(edited by A Fandom user)