The Last of Us Wiki
Register
Don't have an account?
Sign In
Advertisement
in: Article stubs, The Last of Us supplies, Factions MP supplies,
and 2 more

View source
watch 01:54
Arcane: League of Legends - The Loop
Do you like this video?
Play Sound
This article is a stub
It has insufficient information and needs more content. Assist the wiki by expanding this article as much as possible.

Alcohol includes bottles of 99% isopropyl alcohol or bottles of liquor such as whiskey. When combined with a rag, alcohol is used to craft a health kit or a Molotov cocktail.

Introduced in The Last of Us Part II, canisters combined with an explosive can craft a trap mine or a stun bomb.

Rags include cloth-like materials. When combined with alcohol, rags are used to craft a health kit or a Molotov cocktail. 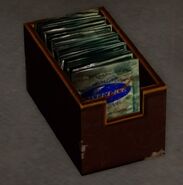 A box of sugar packets. 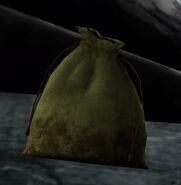 A bag of fertilizer.

The fertilizer from the front.

A broken pair of scissors and some nails.

A jar of screws. 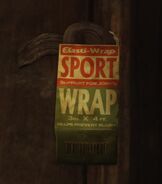 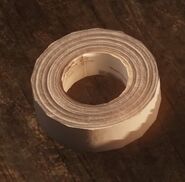 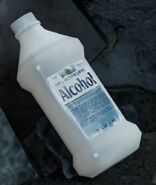 A bottle of isopropyl alcohol.

A bottle of whiskey.

Community content is available under CC-BY-SA unless otherwise noted.
Advertisement