The Fireflies are a revolutionary militia group featured in The Last of Us and The Last of Us Part II. They revolt against military oppression in numerous Quarantine Zones in the hopes of eventually restoring the US government, albeit, they are currently losing the war against FEDRA. Along this, the Fireflies are one of the few organized groups still searching for a vaccine for the cordyceps brain infection (CBI) and will do whatever it takes to accomplish it. The militia group is spread throughout the country, but their most recent main base is located at St. Mary's Hospital in Salt Lake City. Alongside the Fireflies, normal civilians from Quarantine Zones also may rise up due to food shortages and Firefly agitation. When comparing the Fireflies to these unaffiliated rebels, the latter will typically possess greater numbers and are more brutal, but also less organized and more desperate.[1] Marlene led the group since its formation until her death in 2034, even being dubbed "queen Firefly" by Joel.[2] The current leader is unknown.

The Fireflies were founded sometime after the CBI outbreak in response to the US military's martial law placed on the Quarantine Zones such as Los Angeles.[3] The group called for the return of all branches of government to end the military's rule and staged several attacks within the Quarantine Zones. Support from the public increased when soldiers executed at least six Firefly members. The Fireflies successfully defeated the military in several Quarantine Zones, notably in Pittsburgh, but their actions did not always have the desired results.[4] In most uprisings, rioting citizens have done more of the fighting than actual Firefly members, leading to feuds that typically resulted in the citizens turning on their city's Fireflies after the revolt was finished, fearing a reign of oppression by the Fireflies, rather than the Military. The Fireflies lost control and were executed or forced to flee, allowing the citizens to take over, some adopting a "survival of the fittest" philosophy instead of trying to find a cure.

For many years the Fireflies searched in vain for a cure to counter the CBI. Morale within the organization fell as vaccination tests continued to fail and the military began to hunt them down. They eventually set up their main research laboratory at the University of Eastern Colorado, some time after a group of students either left or died out.[5] While there, they set up a guard post to maintain a log of who and what came in and to monitor the outskirts of the area as they set up their main research lab in the Science building.[6] At some point, Tommy visited the lab when he was a Firefly, still believing it to be the Fireflies' main base even after leaving the group. A message on a Firefly's Recorder mentioned that they did have some success in trials with a passive vaccine in 2028, but apparently nothing came of this in the long run.

A few years before the events of the main game, given the presence of a Bloater, the Fireflies relocated their base from the University of Eastern Colorado to St. Mary's Hospital in Salt Lake City, as the safety of the science lab was becoming compromised by infected attacks. Furthermore, a Firefly scientist became infected when a lab monkey carrying the infection bit him. Choosing not to go with the others, who left so quick they abandoned most of their medical equipment, he committed suicide after lamenting about his time as a Firefly.[7]

In Boston in 2033, the Fireflies were engaged in a shootout with the Boston military just outside the zone. Ellie and Riley came across the fight where the militia group were losing and Riley used Winston's smoke bombs to cover the group's escape. The Fireflies later found the two girls in the shopping mall and saved them from a couple of infected but took the girls prisoner. Marlene, who was among the group, ordered the girls be kept alive after recognizing Ellie.

After finding a smuggler's tunnel to hide in, Marlene later freed Ellie and Riley from their bindings. As Riley and Marlene argued over the former joining the group, the Fireflies were attacked by three armed smugglers. With minimal casualties, the Fireflies killed the smugglers and Marlene tested Riley's commitment. Marlene later directed the girls back to the QZ, though not before telling Ellie about her mother.[8]

Riley eventually was allowed to join the Fireflies after following a member into an alleyway. There, Marlene greeted her, asking what took so long. She gifted Riley her own Firefly pendant and a handgun.[9] The group in Boston initially planned to leave the city in the coming months after recruiting Riley but plans changed when three weeks before the events of The Last of Us, Marlene discovered that Ellie was immune to the disease after being bitten by an Infected and did not succumb to the fungus, unlike her friend Riley. This caused the group to reorganize so they could set up an operation to get Ellie out of the city as well, the girl becoming the group's key objective.

Events of The Last of UsEdit

In the beginning of the game, the Fireflies are responsible for bombing a vehicle at a military checkpoint, which prompts Boston troops to lock down the streets. In preparation for getting the girl to their main lab, Marlene initially made a deal with a local smuggler named Robert to take Ellie to the rendezvous point at the Capitol Building outside the Boston QZ. The Fireflies made plans to quietly exit the city, but the military began to provoke them. The Fireflies became violent in response, and Robert himself was killed by Joel and Tess. After meeting with Marlene, they witness a squad of soldiers executing captured Fireflies. Later on, the pair agreed to take Ellie to the Capitol Building in return for their weapons that Robert had sold to the militia group, but the Fireflies they were to meet there had all been killed by the military, forcing them to flee. Unable to locate Ellie or the smugglers, the Fireflies were forced to conclude that their last hope for a cure was gone.

During the year, Marlene and a handful of the surviving Boston Fireflies retreated to Salt Lake City by March 23rd 2034. They reunited with comrades they hadn't seen in years, but they all were saddened upon learning of the death of the extraction team.[10]

On April 28th, 2034, nearly a year after tasking Joel with Ellie, a Firefly patrol found the pair in the tunnels of the city on the way to the hospital. Ellie, having almost drowned, was being given CPR by Joel when the Fireflies knocked him out and revived her, then took them both to their main base. As Ellie had been taken away and prepped for surgery, the doctors told Marlene that they could not extract her fungus-infected brain without killing her. Marlene reluctantly gave the go-ahead, but when Joel heard of the operation, he killed his guard Ethan and proceeded to the operating room, killing or avoiding the Fireflies searching for him (player determined). Joel killed the head surgeon when he refused to let Joel take Ellie; the Fireflies vainly attempted to corner him in the pediatrics area, with Joel escaping in a lift. When Joel brought Ellie down to the parking garage, Marlene confronted him and attempted to convince Joel to hand over Ellie, as this is what Ellie would have wanted--to save humankind and create a vaccine. However, Joel, after making the decision that he would not lose Ellie, killed Marlene as he believed she would only come after them.[11] It is unknown what became of the group after Marlene's death.

In Factions, a group of Fireflies are attempting to steal a shipment from a group of Hunters, as securing the supplies will increase their chances of creating a cure for the CBI. The group stakes the camp out for 12 weeks, gaining as many survivors as they can while fighting groups of Hunters that attack them weekly. If the group succeeds in getting the shipment, they are one step closer to saving humanity. If not, the Hunters successfully repel and kill them, securing the supplies for themselves.[12]

Events of The Last of Us Part IIEdit

The reveal trailer for The Last of Us Part II displays the Firefly logo painted on a stop sign.[13]

The Fireflies serve as the final enemies encountered in The Last of Us, and are appropriately the best trained, well equipped, non-Infected enemies encountered after the armored military. Most of the Fireflies at the end of the game wear body armor and helmets that help resist gunfire and also wield powerful, flashlight-equipped Assault Rifles that can drain Joel's health in a single burst if the player is not careful. Some even use El Diablos and Shotguns, ensuring the player faces difficulty at both short and long range. A select few also use gas masks.[15]

In the beginning levels of the game, the dead Fireflies in Boston are seen without any armor or heavy weaponry.[16] Some Firefly corpses are also discovered outside Boston, implied to have been killed by Infected; some of these possessed Molotov Cocktails and hunting rifles, but most were unarmed.[17] This is ironic, as Marlene was in Boston with this group and, as the leader, one would have expected her to have high-powered weapons and elite guards, as opposed to the lightly-armed militia shown in Boston. However, the reason for their poor equipment may be that the Fireflies in Boston wanted to keep a low profile, or had difficulty transporting powerful weapons and body armor across the country.

The presence of body armor and high-powered weapons suggests that most of the members encountered at St. Mary's Hospital are actually elite Firefly soldiers, tasked with guarding their base of operations and overseeing the safety of the surgical team and Marlene, while the dead Fireflies seen in Boston were likely low-ranking rebels with inferior equipment. Evidently, the latter mostly failed in their attempts to fight the military, as almost all of the city rebels are captured or dead. They are seen to only pose a threat to the military when they do hit-and-run attacks, whereas those who engage the military in open combat are usually slaughtered. The Fireflies seem to know this; most of the Fireflies who bomb the checkpoint at the beginning of the game flee as soon as the guards open fire; those who stayed and fought were later captured and executed.

The Fireflies have done well against the military in other places though, notably Pittsburgh, where they joined forces with rebel citizens and successfully defeated the regime.[18] Although, the Fireflies ultimately proved weaker than the rebels, who went on to slaughter the Firefly agitators once the military were ostracized.[19] 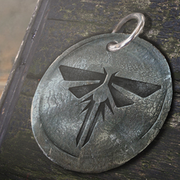 The leader of the Fireflies, Marlene. 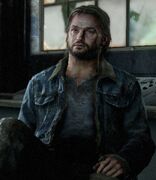 Tommy, a former member of the Fireflies.

Joel next to a Firefly corpse. 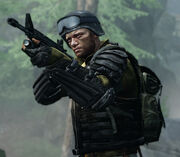 Joel avoids being spotted by Fireflies.

Joel opens fire on a group of Fireflies.

Joel prepares to execute a downed Firefly soldier with an Assault Rifle.

A group of elite Fireflies.

The Fireflies attempt to stop Joel from reaching Ellie.

Joel guns down a Firefly.

The Fireflies searching for Joel.

A Firefly tries to stop Joel from escaping with Ellie.

A group of Fireflies corner Joel at the elevator, preparing to open fire.

A Firefly corpse in an alleyway.

A Firefly corpse in the subway.

A Firefly corpse on a stairwell.

A Firefly corpse with a hunting rifle.
Add a photo to this gallery

The Last of Us Part IIEdit

The Firefly logo in the reveal trailer.
Add a photo to this gallery