The Last of Us Wiki
Register
Don't have an account?
Sign In
Advertisement
in: Real world, Developers
English

Naughty Dog is an American video game developer based in Santa Monica, California. They are known for video game series such as Crash Bandicoot, Jak and Daxter, Uncharted, and The Last of Us.

Founded by Andy Gavin and Jason Rubin in 1986 as an independent developer called "JAM Software", the studio developed Math Jam and Ski Crazed for the Apple II, and Dream Zone for the Apple IIGS. The company's name was later changed to "Naughty Dog". After this, Gavin and Rubin produced a sequence of progressively more successful games, including Keef the Thief for the Apple IIGS, Commodore Amiga, and MS-DOS; Rings of Power for the Sega Genesis; and Way of the Warrior for the 3DO.

A deal with Universal Interactive Studios led to the release of Crash Bandicoot for the PlayStation on August 31, 1996. Naughty Dog developed two Crash Bandicoot sequels over the next several years, which were Crash Bandicoot 2: Cortex Strikes Back in 1997, and Crash Bandicoot: Warped in 1998. In January 2001, it was announced that Sony would acquire Naughty Dog. After developing Crash Team Racing in 1999, a spin-off racing game, the company began working on Jak and Daxter: The Precursor Legacy for PlayStation 2. It was released in 2001 and received two sequels in the forms of Jak II in 2003, and Jak 3 in 2004.

In 2004, Rubin left the company to work on a new project named 'Iron and the Maiden'; in addition, Gavin announced his departure from the company soon afterward as well, leaving the Naughty Dog team in the hands of two new co-presidents: Christopher Balestra and Evan Wells. Jak X: Combat Racing was released around this time in 2005, which became the last entry in the Jak and Daxter series developed by Naughty Dog.

In addition to their in-house game team, Naughty Dog is also home to the ICE Team, one of Sony's World Wide Studios central technology groups. The company's first PlayStation 3 title, Uncharted: Drake's Fortune, was released in 2007 and was later followed by Uncharted 2: Among Thieves in 2009. A second sequel, Uncharted 3: Drake's Deception, was released in 2011.

Naughty Dog believes in iteration and collaboration, putting designers and programmers together arranged through meeting: “Anybody can criticize anyone else’s work; they have to be blunt about it to make a better game.” They, at the heart of game designing, want to pair story and game together as gaming provides a "unique" opportunity to make the player invested in the story they tell in a game.[1]

Naughty Dog has a history of not only developing one game at a time, but only one franchise per console; something that has given Naughty Dog much acclaim and criticism amongst fans. This changed with the announcement of The Last of Us at VGA 2011. The announcement also revealed a second team had branched off after the release of Uncharted 2, and had been working on the new title ever since.

As of May, 2016, Naughty Dog has broken the trend further by releasing the final installment of the Uncharted series, Uncharted 4: A Thief's End, for the PlayStation 4, despite the previous three being released on the PlayStation 3. Creative director Amy Hennig left the company following disputes regarding the game's direction, leaving Neil Druckmann and Bruce Straley to direct it instead.

At PSX 2017, Druckmann stated Naughty Dog would continue to make single-player, linear narrative based games even after The Last of Us Part II's release.[5] He later expanded on this, during the controversy in the media that "single-player games are dead" remarking that, while the appearance of said games may change, they will not disappear "any time soon".[6] 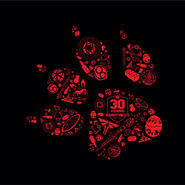